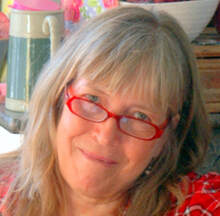 An Anglo/American who has been living in France for nearly 40 years, she began writing as soon as she retired. It is a passion discovered late in life, but lived to its fullest. She has a panoply of stories ranging from Regency romance through to contemporary romance with sci-fi/fantasy on a tangent. The majority of her stories have happy endings. She tries to compensate for the unhappiness in the world.

Before retiring, she worked at a variety of jobs both in Britain and France. Some of the more interesting have been: Art and Crafts teacher, Bartender, Marketing Assistant for N° 1 World Yacht Charterers (Moorings), Paris Beaux Arts Model, Secretary to the French Haflinger Association...
Three daughters and five grandchildren add to her active life.

A vegetarian and a supporter of animal rights, she uses words when not protesting in the street. She is an admirer of the British abolitionist, William Wilberforce, who was also a founding member of the Society for the Prevention of Cruelty to Animals (S.P.C.A.). 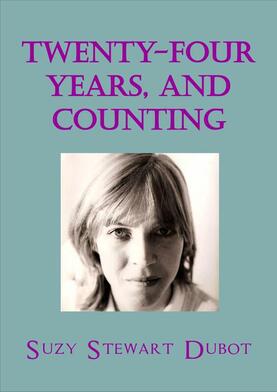 This is a memoir of my first twenty-four years.
Although born in the United States, my two brothers and I were tossed back and forward from there to England , due to divorced parents - an American father and English mother.
A wilful mother dominated all our lives until we reached an age where we were legally free of her. If I am who I am today, it is in an attempt to not be like my mother.
She was not a friend.
Also, if you are interested in conditions in Britain during the fifties and the contrast with life in the United States at that time, I suggest this memoir will keep your attention.